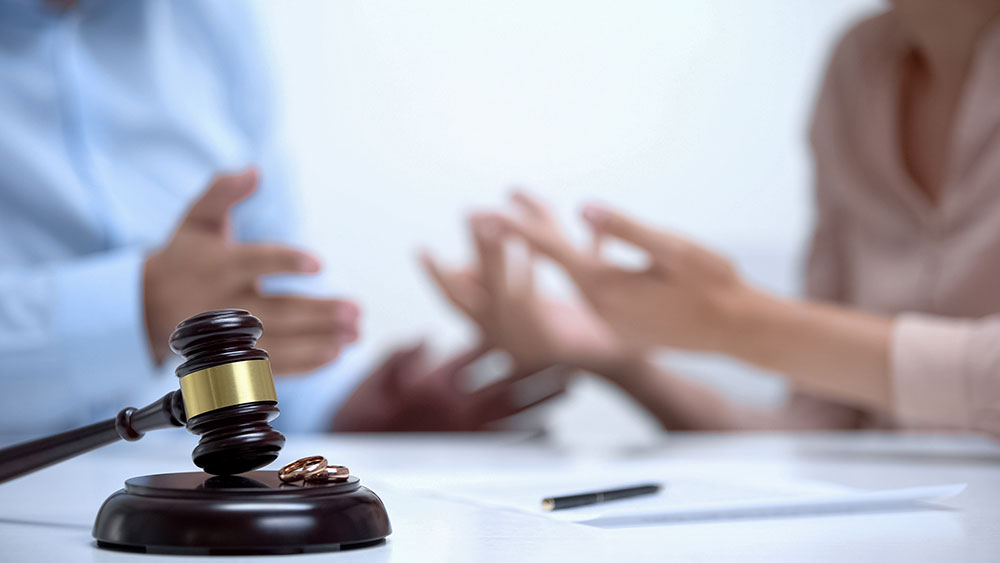 In this podcast, Heidi Opinsky talks with John Maher about divorce and alimony. She explains how alimony payments are determined in a divorce, and she touches on the differences between the laws in New York and Connecticut.

John Maher: Hi, I’m John Maher and I’m here today with Heidi Opinski. Heidi is a Divorce and Child Custody Lawyer in Connecticut and New York with over 30 years of legal experience in Mediation, Collaborative Law and Litigation. And she represents clients in a full spectrum of family law needs. Today, we’re talking about Divorce and Alimony Law. Welcome Heidi.

John: Yeah. So Heidi, what is alimony?

Heidi: Alimony is support when parties are getting divorced or separated.

John: Okay. What do you mean by support?

Are Spousal Maintenance and Support the Same as Alimony?

John: Okay. And there’s a couple of other terms that are kind of thrown out there, spousal maintenance and spousal support. Are those both the same thing as alimony?

Is Alimony Always Required During a Divorce?

John: Okay. So is alimony or spousal support required to be paid in the event of a divorce, or are there some cases where alimony is not paid?

Heidi: Sure. So for instance, by example, we’re all working these days. Many of the families are two earning spouses working together to pay for their household. So you’ll look at, is one spouse earning so much more than the other spouse that even though both spouses are working and two incomes are coming in, one spouse could still owe alimony or maintenance to the other spouse if one is earning tremendously or substantially more income than the other.

How Are Alimony Amounts Determined?

Otherwise you’re kind of looking at percentages, so to speak. If someone’s paying child support in Connecticut as well as spousal alimony, they may pay as much as in the past when support was deductible, they might pay as much as combined alimony and child support of 40% of gross income or 45% of gross income when there were children, combined though. So that would be a combined number. If it’s just paying alimony in the past, when there was deductibility to the amount that was paid, if you just had a spouse, you might pay 30% of gross or 30% of your gross income as alimony in Connecticut, that’s Connecticut.

In New York, like I said, they have a formula approach and that’s the guidelines. But most of the judges know if you plug in the numbers to the formula approach of maintenance, even in New York on a temporary or a permanent basis, the number is very high. So they deviate frequently from the statutory standard of what alimony would be. So a lot of the courts will deviate because if you start paying what’s plugged in, it’s very high. It’s a very high number, and it could be onerous to the payer or spouse. So they reduce it generally in many cases. It’s not just the number that’s there, even if you compute it and play it and look at it, and.

John: So that’s kind of a guideline and then they go from there and they make some determinations of what’s realistic?

Heidi: Yes, because it’s usually so high when they’re starting to pay. And they also deduct the amount that you’re paying for child support. So there’s prongs of the statute that ask, is there child support in this figure also that the person’s paying? So it’ll allow for adjustments, but even with the adjustments for child support, it’s still a high number. It was pushed through politically in large respects. And so the judges know it’s very high and onerous so that they’ll deviate frequently from just what the number is.

How Long Does Alimony Last?

John: And how is the duration of alimony determined? Does it just keep going on forever and ever, or is there a certain number of years that it lasts or does that differ in different cases?

Heidi: Yes. There are guidelines. And even in New York, they have guidelines like percentages. If you are married one to five years, it would be different than 15 years or 20 years. When you start getting into the longer years, there’s a longer duration that’s suggested, but it differs. And it’s all a negotiation tool too, because if you’re getting a larger number in an equitable distribution, you may get less alimony or less term. Or factors such as ability to earn an income may come into play. Maybe you need to go back to school. The concept is spousal support should be paid to allow the other party to get back on their feet, not that you’re just going to be paid and don’t have to do anything. The idea that you’re going to better yourself and get back on your feet and is rehabilitative alimony and maintenance. But that said, if you’re married for a long term, let’s say you’re married for 30 years and you never worked, you could even get lifetime alimony in different states.

John: Right, because it might not be realistic for you to be able to go out and get back to work. You don’t have any work history and you’re older.

Heidi: So you could end up being a case where lifetime alimony is an appropriate request.

What is Temporary Alimony?

John: There’s another term that I’ve heard of called temporary alimony. Is that related to that?

Heidi: So temporary alimony, which is also called pendente lite alimony, and that’s just Latin derivative of during the interim of the case until you resolve it. That means basically that you’re going to get spousal support while your case is being litigated or reviewed or negotiated or settled. And you can apply to the court for pendente lite alimony and child support and other payments, third party payments like pendente lite payments for the house, or for medical expenses, or unreimbursed medical expenses, or life insurance, or for the car, other expenses that everyone faces them day by day. And now all of a sudden you’re getting divorced… who’s going to pay for the car? Who’s going to pay for the house? Who’s going to pay for…? And it’s generally the moneyed working primary wage earner or spouse that ends up paying.

Can the Amount of Alimony Payments Change?

John: And can the amount of alimony change if the circumstances of one of the people change? For example, maybe the moneyed spouse loses their job and can’t make those payments anymore. Or maybe the person who is not the moneyed spouse gets a big raise or a new job or a promotion or something like that and now can fend for themselves and they don’t really need that money anymore. When those circumstances change, can it be adjusted?

Heidi: Yes. So that’s called modification. And the basis for change is usually a term of substantial change in circumstances. So what’s a substantial change? It’s exactly what you said. Someone lost their job, or someone got a raise or you could go back in and ask for a raise because someone got a significant raise in their career and salary. You can also go in because someone got fired, like you said, lost their job, or someone got demoted and they’re not getting as much income as they used to.

You can go back into court and move for modification based upon substantial change in circumstances. And what’s substantial is what a judge believes is substantial when they hear all the facts and circumstances of the case. I can tell you, it’s very difficult to change if you do get an interim pendente lite award of support, it’s very difficult to change and modify no matter what happens even in the interim of the case. Usually the courts will say that speedy trial rule applies. I’m not going to modify the support. You should just go to a speedy trial. And of course there’s never a speedy trial. But those are the terminology that a court might use. I’m going to defer this to a speedy trial.

John: All right. Any final thoughts on alimony in how it relates in divorce cases?

John: All right, well, that’s really great information. Thanks again for speaking with me today, Heidi.

Contact the Law Offices of Heidi Opinsky to Learn More

John: And for more information, visit Heidi’s website at CTNYdivorcelawyer.com or call the law offices of Heidi E. Opinsky, LLC at 203-653-3542.