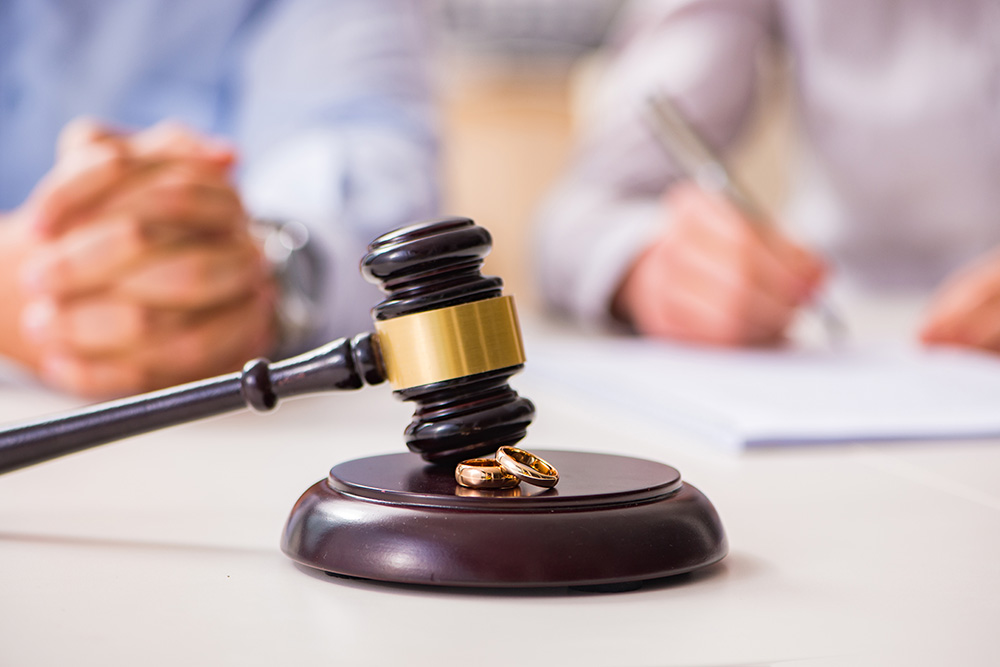 John Maher: Hi, I’m John Maher. I’m here today with Heidi Opinsky. Heidi is a divorce and child custody lawyer in Connecticut and New York with over 30 years of legal experience in mediation, collaborative law, and litigation. And she represents clients in a full spectrum of family law needs. Today, we’re talking about contested versus uncontested divorce. Welcome Heidi.

What Is an Uncontested Divorce?

Heidi: An uncontested divorce is when the parties have already agreed to their settlement and resolution and they’re prepared to put all the paperwork together that is required by the judge to ultimately grant a divorce between the parties or dissolution of marriage or parenting time and parenting plan. And so they’ve already agreed to the terms and it’s typically written up into an agreement that’s called a separation agreement or a stipulation of settlement.

People get confused. They always say to me, “Well, I want a divorce. I don’t want to just be separated.” When you talk about a separation agreement, it’s a term that’s largely interchangeable with a settlement and it’s basically this stipulation of settlement or settlement agreement and separation agreement all interchangeable. You have already resolved it and therefore you’re not contesting anything before the judge regarding your case. So it’s resolved. And as long as you have all the paperwork in order and it’s submitted properly to a judge, the judge will be able to divorce the parties.

How Do Both Parties Come to an Agreement for an Uncontested Divorce?

John: In an uncontested divorce, you said that the two parties agree on what the settlement is going to be. How do they get to that point first though? They’re not agreeing on everything first and then going and getting divorce attorneys and having them just file the paperwork. The attorneys are working, they’re doing some discovery phase.

They’re working with the two parties, maybe you’re meeting together, you’re working things out, and then you’re coming up with an agreement that then you’re putting before the judge in an uncontested way. But there’s still some time and things that have to happen before you get to that point, right?

Heidi: Yes. So it can happen that two people will have an agreement and come to one attorney or two attorneys and say, “Can you guys write it up for us? This is our roadmap.”

What Does a Divorce Lawyer Do in an Uncontested Divorce?

John: We’ve put it on a piece of paper. This is kind of what we want to do. Can you just make it official?

Heidi: And then as counsel I’ll say, “Have you considered this? Have you considered that? Is that something that you intended?” When I look at what they are coming to me with, I still ask questions because I can look at it and say, “Okay, this is fair and equitable. This seems fair and equitable.” Or I can look at it and say, “Whoa, this is definitely one sided and someone’s unduly influencing another party.”

So it typically is not the case when most people come and say, “Here’s my roadmap, this is what I want, and we’re done.” That’s when the parties really don’t have very much to fight about at all. When there is something to fight about, they can come to you and it could be very contested and contentious and acrimonious at the beginning, but then they could end up shortly after speaking to counsel. Okay, that sounds fair.

Or this counsel starts talking. As long as we have all the numbers and values and information regarding custody and visitation, who’s the parent who’s most likely going to be the custodial parent or the primary physical custodial parent or is it going to be shared? Once we know that we can start writing agreements. Until then, we can’t. So any cases typically contested until you have at least a modicum of information that can be garnered that would permit you as an attorney in good faith to say, I have enough information before me to start drafting a separation agreement or a stipulation of settlement.

John: So you could start, like you said, in an acrimonious sort of way where you’re battling with each other a little bit, but then ultimately it’s drawn up and it’s presented to the judge as an uncontested divorce.

What Is a Contested Divorce?

John: Yeah. Okay. So then what is a contested divorce then and how is that different?

Heidi: So as I said, any case first walking through the doors, most of them are contested because you don’t know how you’re dividing up the assets, the debts, the support, how much, who’s paying who what, who’s seeing the child when. So most cases are an open slate. It’s not at that point. So as lawyers, what we’re doing from day one, and I do it from the initial meeting when I meet a client, I’m already planning that divorce.

What information do I need to resolve this in a fair and equitable manner? And I do that from the minute I meet the client. I start telling them what they’re supposed to be gathering for me so I can get values on assets and liabilities and income, and so I can calculate support for a child or for a spouse. And then values on all the assets and liabilities so I can divide it up properly.

And that starts in my mind from the minute I meet the client, this is what you’re supposed to start doing. It’s almost divorce planning strategy, so to speak, in the sense that I instruct the clients what they should be looking for, what they should be gathering. And a lot of times unfortunately, you’ll have a spouse on the other side that was a little faster to the realization of the divorce than you were. And she’s got all the paperwork emptied out of the house and in the other attorney’s office already and you have to get it through discovery. But many times the paperwork is still in the house.

And I’ll tell the clients, start making copies of things, but the other spouse is certainly entitled to this information. It’s not just yours. Make copies and make a file for me. Start a file and this is what you need to get. So that’s contested, but we’re working toward uncontested. I’m always working toward an uncontested divorce.

Why It’s Better to Resolve Your Divorce Out of Court

John: Right. That’s your goal is to try to get it to the point where you’re going before the judge and saying, this has already been agreed to.

No matter how much assets you have or how big the assets are, you’re just dividing up information with more dollar signs. But is it really more complex? Not necessarily. So I am always of the mind of let’s try to put the power in the people who themselves were in love with each other and now they’re not. But let’s all be mature and rational and smart. Certainly smart.

John: The details of your lives and exactly what’s going on a lot more than a judge would.

Heidi: And help them settle the case. Because if you go to court, it’s costly, it’s time consuming, especially post COVID-19. The dockets are backlogged, the judges are overworked, getting to hear anything expeditious that’s almost a misnomer post COVID, unless it’s dealing with physical violence or the best interests of a child who may be in danger. Nothing gets heard expeditiously anymore in the court system. So it’s almost giving the power back to the people of the divorce, meaning the parties. You’re better off trying to sit there and resolve it with your counsel than think that you’re going to get a better decision from a judge because now when are you going to get that decision? Three years from now? So it’s actually COVID has forced people to try to settle their disputes in divorces a lot more readily than how it used to be.

When Does a Divorce Need to Go to Trial?

John: So when does it kind of hit that point though where it does become a contested divorce and you have to move toward the court or trial?

Heidi: Well, maybe hearings on individual aspects, breaking it down like custody or spousal support or child support or a contempt and credit and debit back and forth. So those individual things might come up in hearings before the court, but not necessarily that’s not settling your case. So you still may have to settle your case.

So I think what you’re really talking about is a global trial on everything. And that doesn’t happen realistically as often and as parties may think where the courts are doing a global trial on your entire case. There’s different mechanisms, mainly cost that prevent that from happening. And if it’s not cost that’s preventing it because someone might be a multi multi-millionaire and be so angry. Still, even if you’re a multi multi-millionaire, does that mean you have to spend all the money on legal fees just to fight because you don’t like your spouse anymore? So most of these cases can be resolved.

John: And that’s like you said, that’s ultimately what you’re trying to do is you’re trying to get the people to come to an agreement so that when you go to the court you can just say, this is uncontested, that we’ve already gotten agreement here, and then it goes through quickly.

Heidi: Correct. I mean, that’s the goal always. I don’t think anyone wants to litigate if they don’t have to.

John: And for more information, you can visit Heidi’s website at CTNYdivorcelawyer.com or call the Law Offices of Heidi E. Opinsky, LLC at 203-653-3542.